Difference between revisions of "Payloads"

coreboot in itself is "only" minimal code for initializing a mainboard with peripherals. After the initialization, it jumps to a payload.

GRUB2 is the standard bootloader for Linux and other Unix-like operating systems. You can use GRUB2 as a coreboot payload, too, in order to boot and operating system from a hard drive, for instance.

FILO is a simple bootloader with filesystem support. It will be deprecated in favor of GRUB2 soon.

Coreboot can use a Linux kernel as payload directly. That is, the kernel is included in the ROM chip where coreboot resides.

Alternatively, you can also boot a Linux kernel from your hard drive using either the FILO or GRUB2 payloads, of course.

Memtest86 — Can stress-test your RAM. 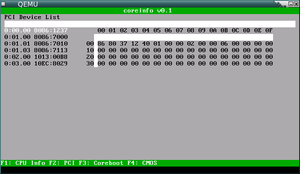 coreinfo is a coreboot payload which can display various system information. 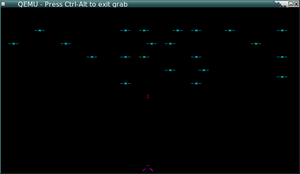 GRUB invaders multi-boot compliant space invaders game. It can either be started from within GRUB (as a "kernel"), or it can be used as a coreboot payload. 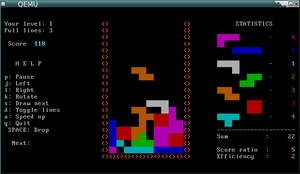 tint is a falling blocks game.

The following payloads might or might not work (with more or less changes required) with coreboot -- their usage hasn't been tested or documented so far.

The payload was originally intended to be a Linux kernel stored in flash. Flash ROM growth rate was anticipated optimistically however, today there are not many mainboards that actually have enough flash ROM room for a kernel. 512KB can be seen here-and-there and a few boards come with 1MB. Recent kernels really want that MB, and then you'll only have room for 300-400 KB of initial ramdisk, which could be too small too, depending on the application. During testing, a payload may also be downloaded via X-Modem from the serial debug console, saving flashing time.

If you're using FILO there is no Linux kernel until FILO loads it, and the kernel loaded by FILO (or Etherboot) can absolutely be the one you want to run in your system. Just set it up with the correct root and init commandline so that it can start init.